View online issues of "Our Town", the award-winning newsletter of the Town of Apple Valley, or read our latest news releases below.

Six trees at James Woody Park in Apple Valley were removed earlier this week after a professional arborist identified bark beetle damage detrimental to the health of the trees.

The evaluation was done after one of the trees fell into a back stop and utility shed near baseball field two on Father’s Day, and a large branch fell next to a park visitor earlier in the week.

“There was no major damage, and no one was injured, but it did create quite a scare for the many people who were there to see the game,” said Public Works Manager, Mike Molinari.  “We can get more than 2,000 visitors to that park in a single day on the weekend, especially during baseball season, and we aren’t willing to take chances with their safety.”

Public Works Grounds Supervisor Jabez Vargas estimated the trees to be at least 50 years old, pre-dating the town’s incorporation in 1988. An Apple Valley native, Vargas grew up playing ball under those trees and said it was heart-wrenching to have to remove the two Chinese Elm and four pine trees.

“None of us are happy that we had to take those trees down. We like seeing our residents out there enjoying the parks, creating family memories, relaxing in the shade, making use of the playgrounds,” said Vargas. “But those trees were beyond saving, and we don’t want to see anyone injured, or worse.”

Molinari explained that trees also suffer damage from the high desert’s often violent winds that cause trees to grow at an angle and eventually become uprooted. Combined with the damage from bark beetles, the trees become known as “widow makers” because what looks like a healthy tree can fall at any moment as it did on Sunday.

“We share the public’s disappointment in losing a significant amount of shade at that park, but safety takes priority,” said Town Manager Doug Robertson. “We are committed to replanting trees in that area.”

Earlier this year the Town Council designated Community Development Block Grant funds for park improvements that will take several months and must be completed before any trees can be replaced.

For more information about park amenities, visit the Parks and Facilities page on the website at www.AppleValley.org. 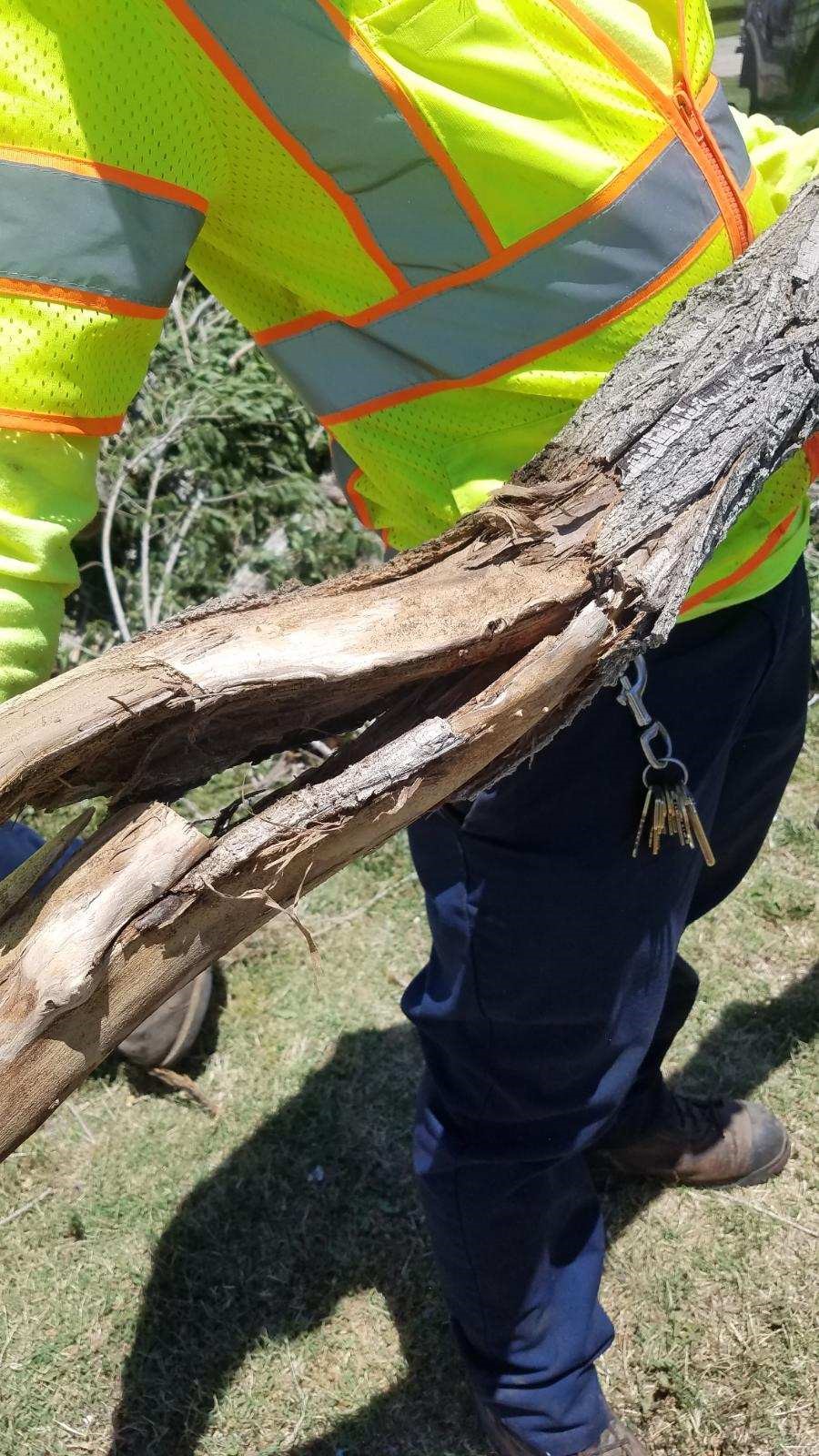