View online issues of "Our Town", the award-winning newsletter of the Town of Apple Valley, or read our latest news releases below. 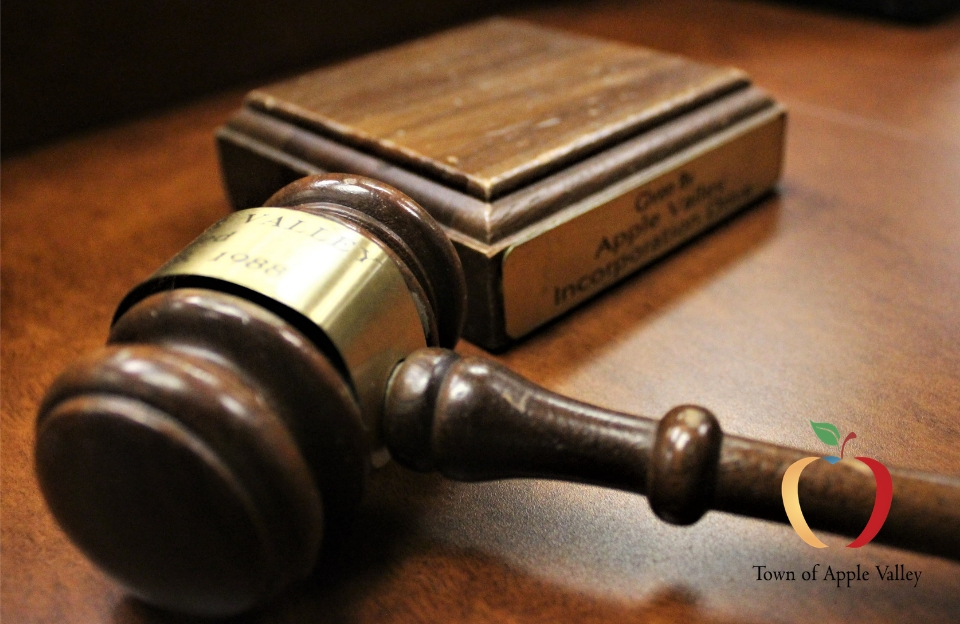 Since the Town’s incorporation in 1988, members of the Town Council have been elected through an at-large election system, in which voters from the entire Town vote for the council members. In a by-district election system, however, a council candidate must reside within an election district and is elected by only voters residing within that same geographic district.

In recent years many cities in California have been sued under the California Voter’s Rights Act (CVRA) of 2002 by plaintiffs alleging that at-large election systems result in “racially polarized” voting. On January 2, the Town received a letter from Kevin Shenkman of Shenkman & Hughes, PC, alleging that the Town’s at-large election system diluted the ability of certain protected classes of persons within the Town to elect candidates of their choice based on the CVRA.

“Transitioning to a by-district election system will cost approximately $60,000, which is significantly less than the millions of dollars a potential lawsuit would cost,” said Town Attorney Thomas Rice.

In response, the Town Council declared its intent to transition the Town’s voting procedures at a special meeting held on February 15. On March 26, the Council began a series of public hearings and workshops to invite public input on the proposed new districts. Over the following months, the Council then held five public hearings and two workshops to explain the districting process, receive public input, and draw draft district boundaries (a process that required the Town to retain a demographic expert).

At its July 23 regular meeting, the Town Council unanimously voted to approve Ordinance No. 511, establishing the new by-district elections process and map.

The first by-district election will take place in November 2020. The “Olive” map, one of five draft maps considered, was adopted as the official map creating five voting districts.

In 2020, and every four years thereafter, voters who reside in District 1 and District 2 will be eligible to vote for a candidate in their respective district.

In 2022, and every four years thereafter, voters who reside in District 3, District 4, and District 5 will be eligible to vote for a candidate in their respective district.

Under the by-district elections process, voters cannot cast their ballot for a candidate that does not represent their geographic district.

For a PDF map of the newly adopted voting districts or for more information on the Town’s process of transitioning to by-district elections, visit the Town Clerk’s page at www.applevalley.org/services/town-clerk/district-based-elections.